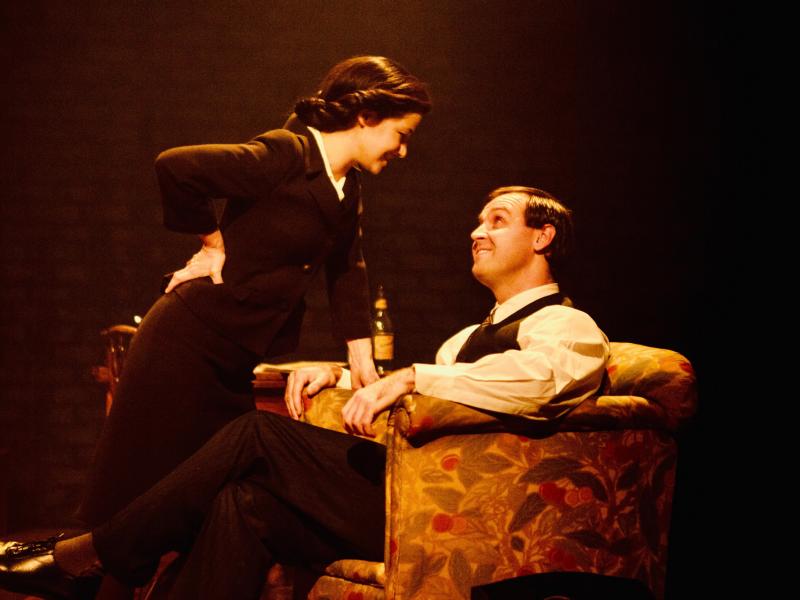 Filmed at The Metrople in Abertillery in October 2017.

Premiering on Sunday 5 July at 7.30pm, the anniversary of the creation of the NHS. The film will be available on YouTube until 10pm on Sunday 19 July.

Aneurin Bevan and Jennie Lee were comrades and flatmates who together fought and preached for socialism as they saw it; he the Tredegar firebrand on the Labour backbenches, she the miner’s daughter from Fife who became a Socialist MP before she was old enough to vote.

Then they were married; he deeply in love with her; she on the rebound from a tragic love affair. Both of them were loved and loathed by their fellow MP’s; he the Bollinger Bolshevik; she his Lady Macbeth, the dark angel at his shoulder. Life together unfolded through the desolate war years, the trials of founding the NHS, and the vicious internal feuds of the 1950’s. But as it did so their love deepened and matured.

This is the story of a partnership that became one of the outstanding political marriages of the twentieth century.

This is the story of NYE & JENNIE

Book to watch the show for free. PLEASE NOTE: A link to the screening will be sent to you in your confirmation email.

The events are free but we will asking for donations to support the venues that took the tour of Nye & Jennie in October 2018 and have now lost their income due to Covid 19.

How to Find Us & Parking